Cervera Castle is an Islamic fortress built in the 12th century on an ancient Hisn Califal settlement on top of the hill that dominates the geographic centre of the Baix Maestrat region. Erected as an Almohad border castle, its purpose was none other than to stop the unstoppable advance of the Christian troops during the reconquest, thus forming a solid defensive line together with the castles of Peñíscola, Xivert and Morella.

After the surrender of the Muslims, the Orders of Chivalry of San Juan del Hospital (1233) and Santa María de Montesa (1319) took possession of the fortress, making it the political-administrative centre of the Old Maestrazgo de Montesa region throughout the fourteenth, fifteenth and sixteenth centuries. With the castle as the nucleus of the Mensa Maestral, it housed rooms as important as the priory chapel, the archive or the Master’s residence. Also known as the Maestranza de Montesa, it was one of the most important in the region and constituted the centre of the future Bailía de Cervera, which grouped the territories of the various nearby towns. 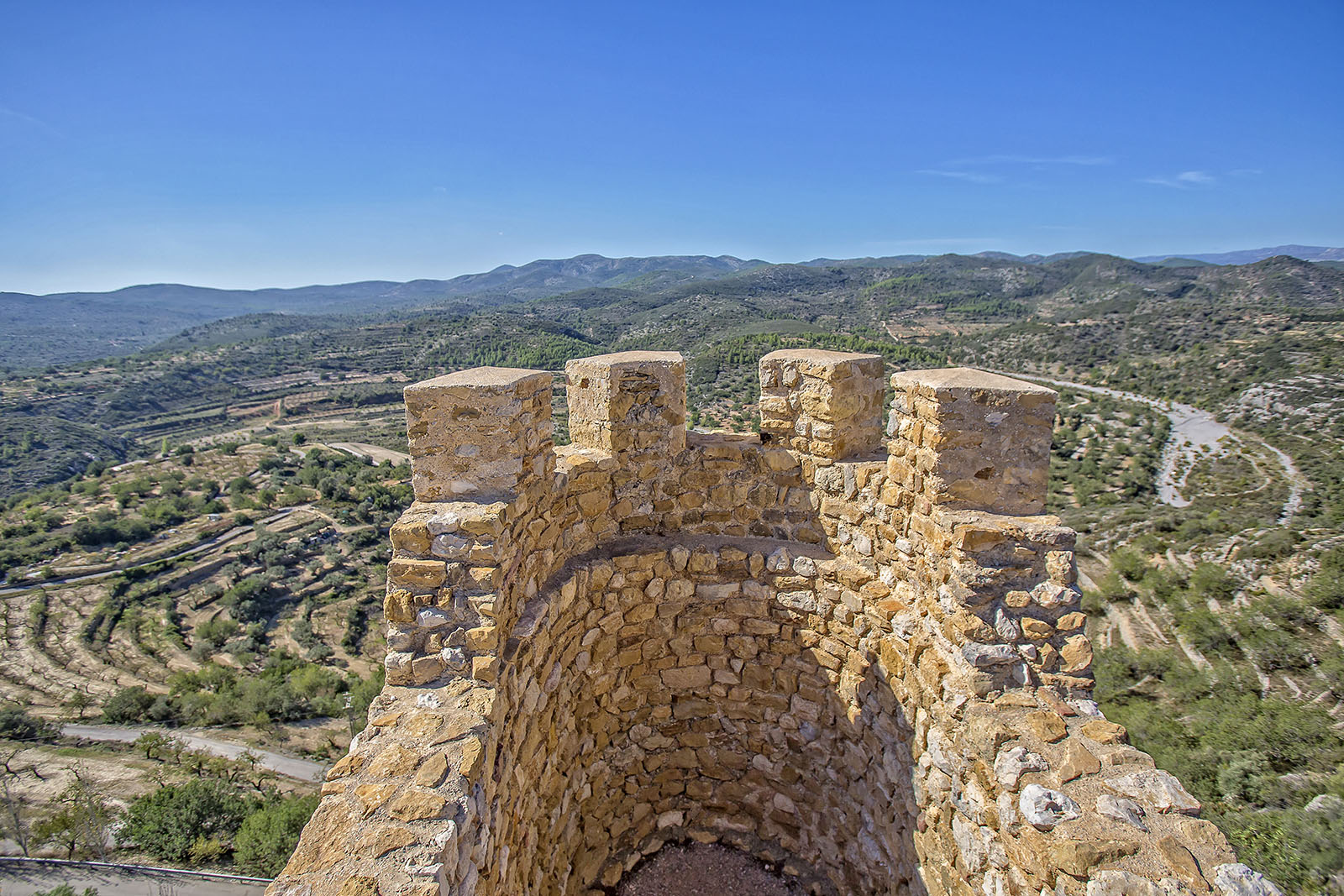 Destroyed by Felipe V during the War of Succession, it is currently in ruins, although there are still numerous remains of walls and towers, among which the tribute tower stands out. The latest archaeological surveys have uncovered interesting finds and structures. Perhaps the most interesting is a seat carved in the rock itself formed by two side arms and a footstool in the lower part, which could correspond, hypothetically, to a kind of throne from the Iron Age or the Iberian era.

The walled enclosure, with an irregular floorplan of 5,000 square metres, occupies the entire top of the mountain on which it was based. It is worth highlighting the remarkable panoramic views that it offers us, with the entire coastline from the Ebro Delta to the Sierra de Irta and the entire interior of the Maestrazgo region.

There are also numerous legends that revolve around the castle, from a huge and ferocious dragon that lived at its entrance to the mysterious underground tunnels or the old legend told by its neighbors that a treasure that no one ever reached is hidden in the castle. 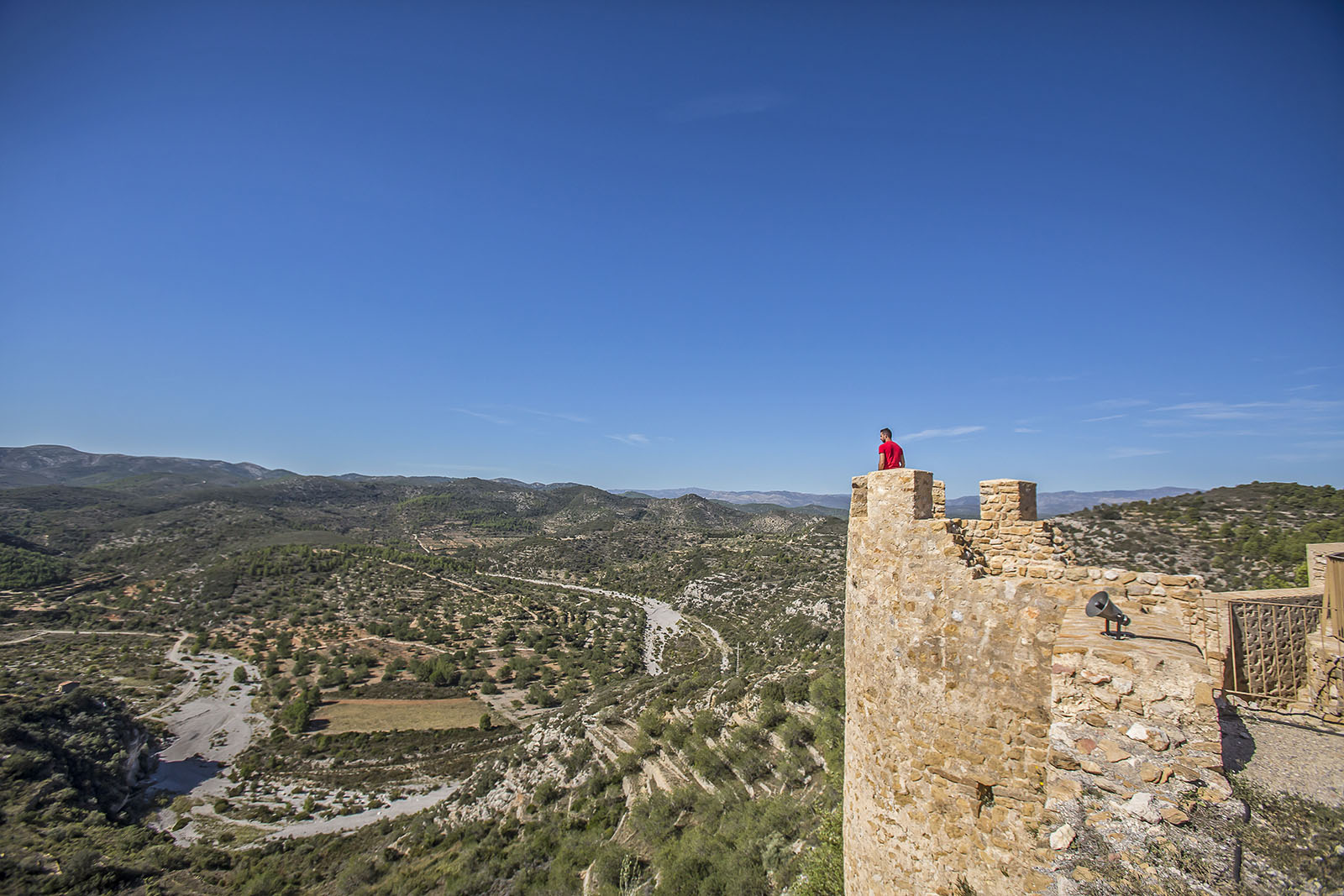 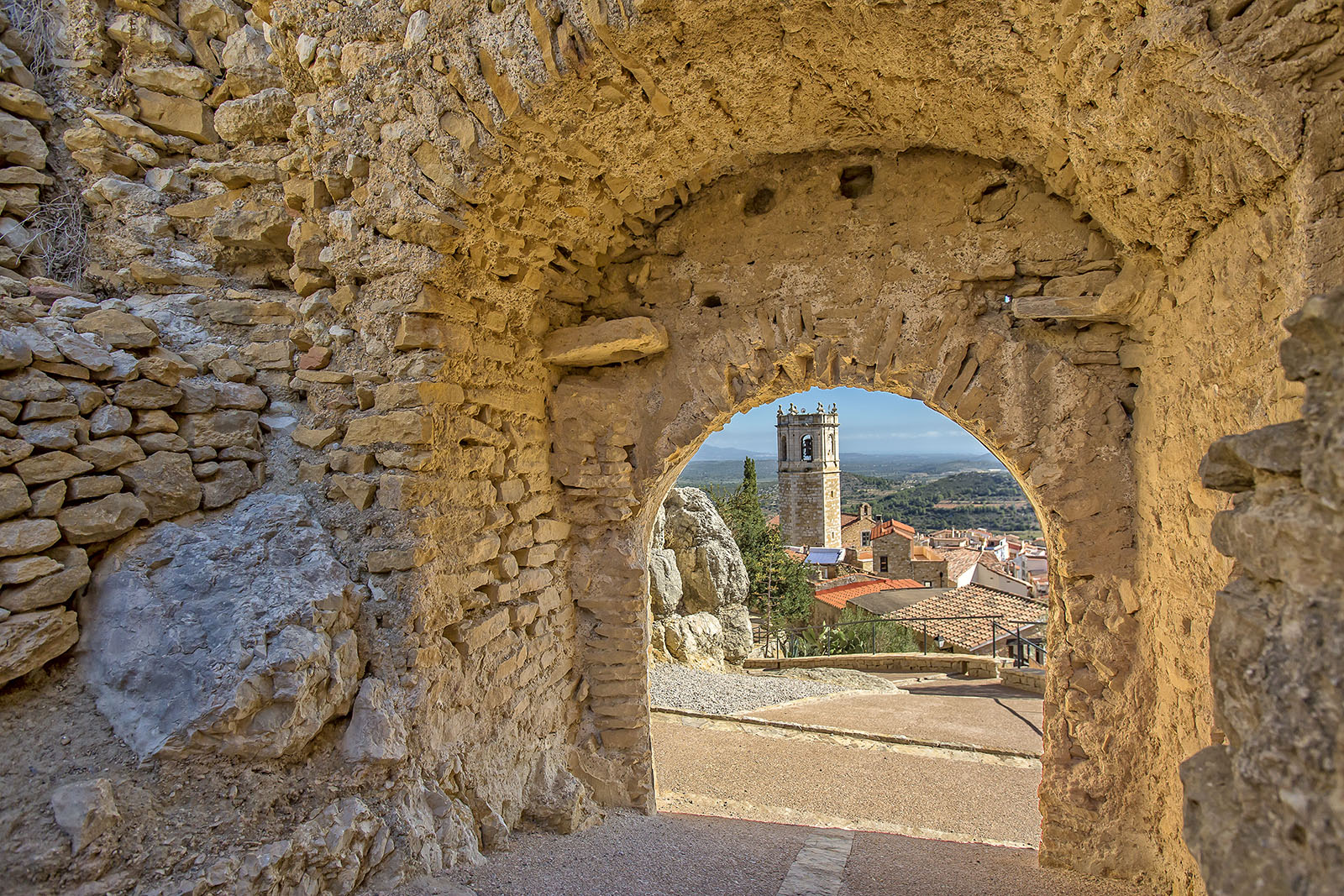 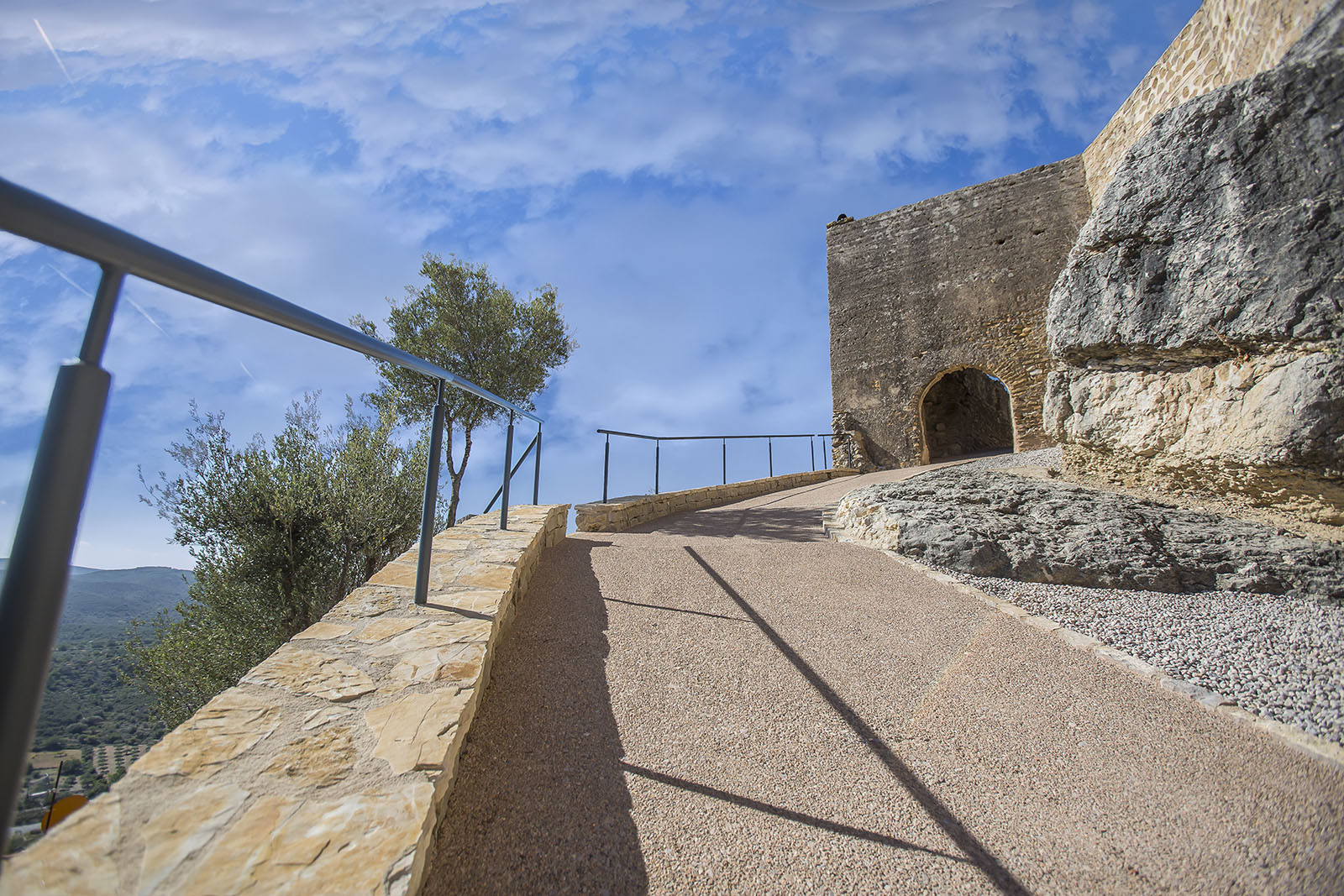 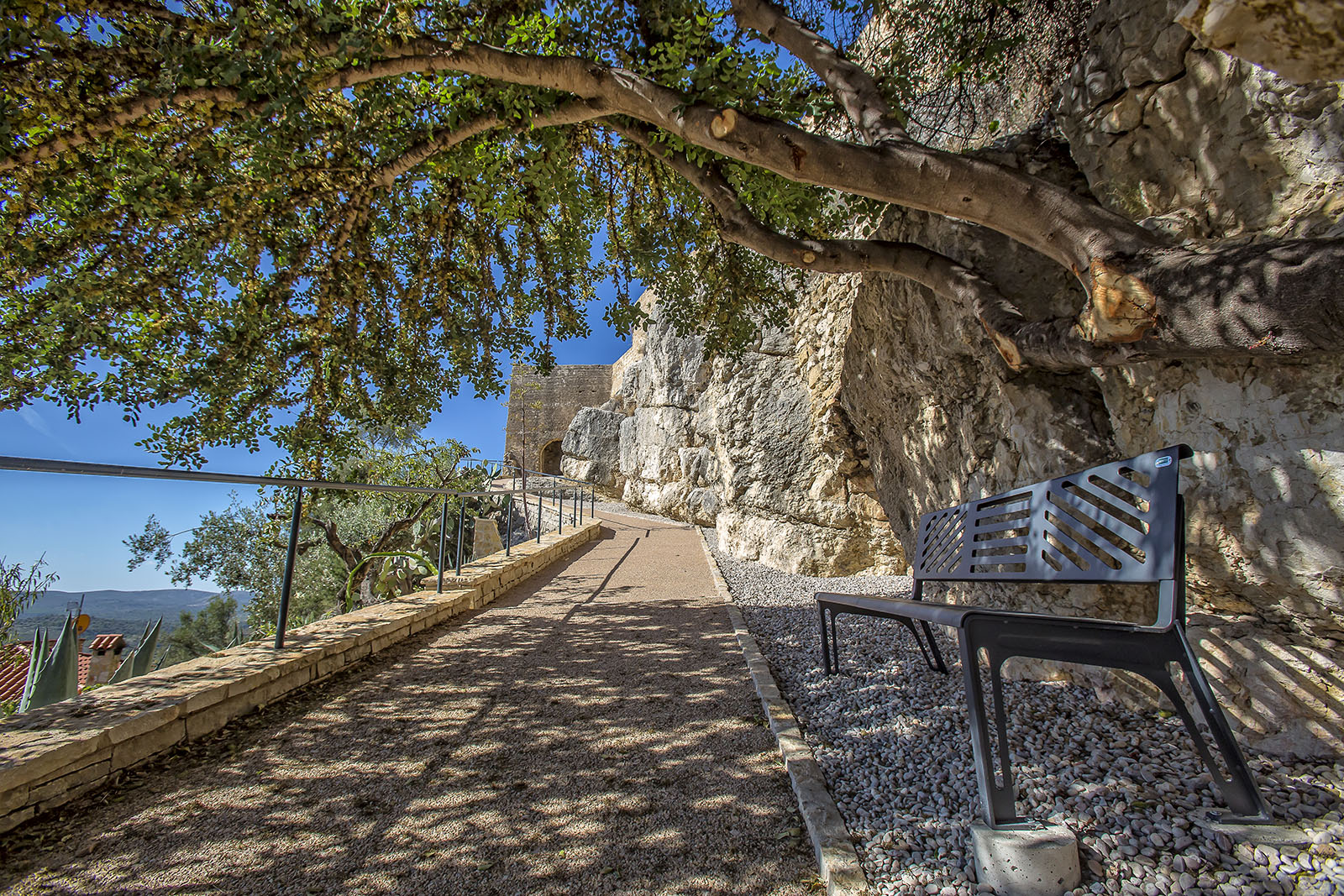 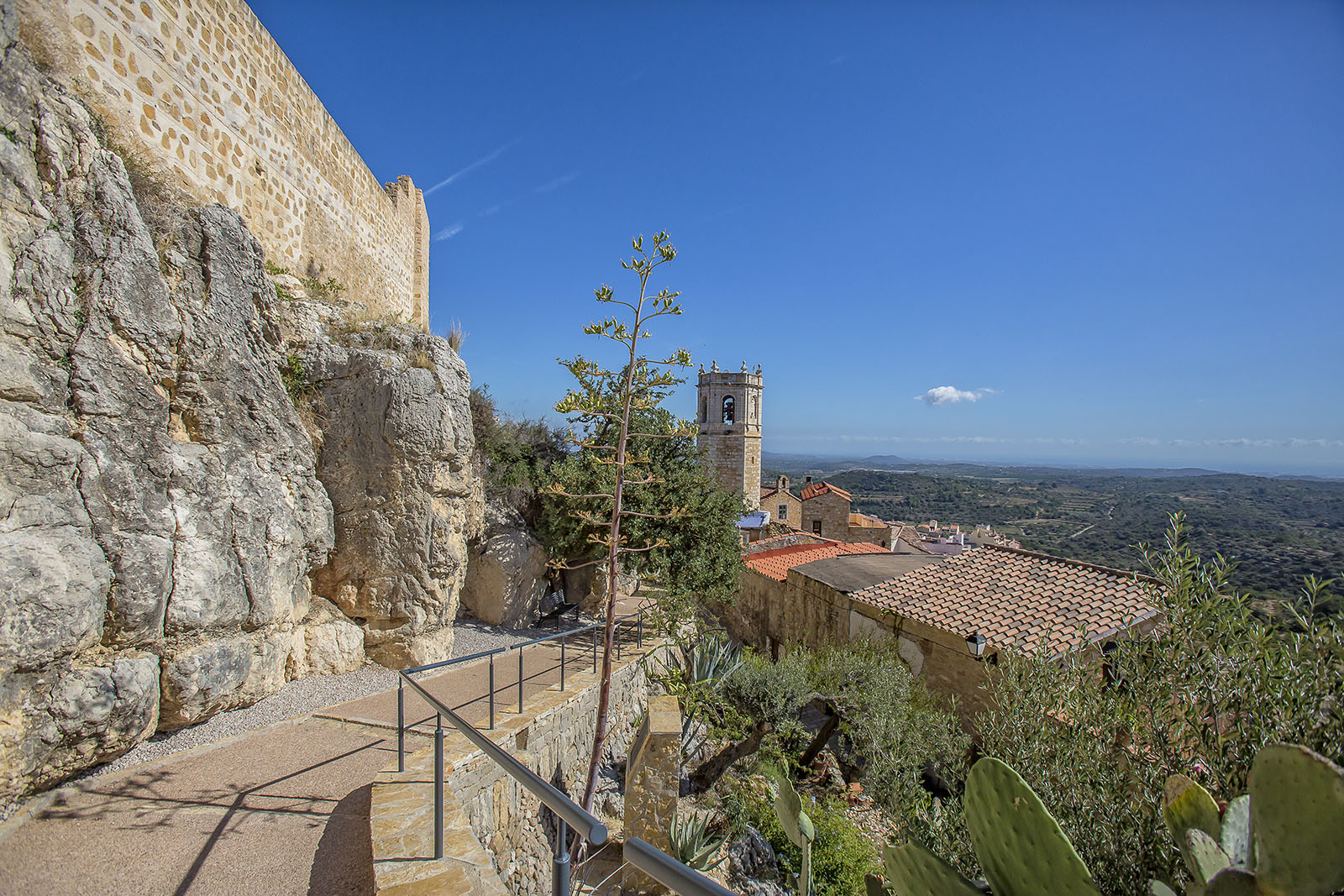